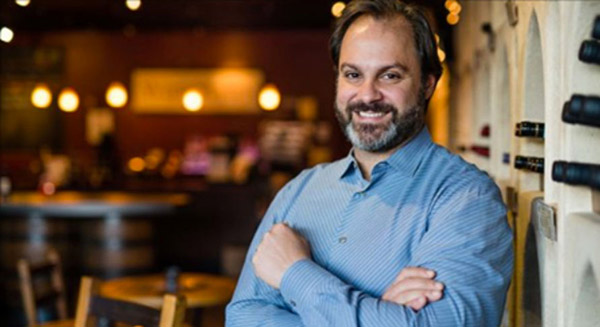 Arthur Lampros, owner of WineStyles Tasting Station, is a self-proclaimed foodie and wine geek with a passion for wine. Throughout his restaurant career, he learned about the nuances of wine flavors, pairings with foods and the hospitality that wine embodies when shared among friends. When the opportunity came to embrace his passion, he and his brother, Michael Lampros, a classically trained chef, opened WineStyles, a unique wine bar and bistro in Montclair, Virginia.

WineStyles is located off of Dumfries Road next to Giorgio’s Family Restaurant, also owned by the Lampros family. Officially a franchise, WineStyles is a hybrid business offing a wine club membership, a retail wine shop and a relaxed clubhouse atmosphere where regulars and newbies alike can gather and try wines and beers from around the world. According to Lampros, his vision for WineStyles was to create the type of place that he would enjoy.

WineStyles features a variety of wines from countries around the globe. Their wine tasting events allow the intellectually curious and discerning foodies to take advantage of tastings and educational opportunities. Members of their wine club receive monthly shipments of selected wines, invitations to private tasting events, and discounts toward purchases.

One type of the special events held at WineStyles is a series of wine classes called the “passport series.” These are ticketed events for 25-40 guests per class. Attendees receive a “passport,” which is stamped to document the geographic location of the featured wine for that session. The class is taught by Lampros himself or other wine experts. They are very proud of their network of wine suppliers and enjoy these classes with those who share their passion.

In addition to the wine classes, the WineStyles calendar is busy with special events with featured wineries, five-course wine dinners in cooperation with Giorgio’s, Ladies’ Nights, and fundraisers and private parties.

WineStyles opened in 2008 in the midst of the financial crisis. Though it had seemed until that point to be an opportune time to take advantage of franchise and space opportunities, it was an unlikely time to start a new business. At that time, the national economy had declined as the housing market crashed. The local economy was also affected. As the crisis unfolded, Lampros’ family struggled to keep Giorgio’s in business. Lampros told Prince William Living that it was a difficult time to be in the restaurant business. Even their regular customers visited less frequently.

However, as luck would have it, Giorgio’s benefited from the new business. WineStyles brought additional traffic to the center and ultimately to Giorgio’s. Through WineStyles, new customers were introduced to Giorgio’s by sampling their bistro fare or dining next door following their visits to the wine bar. Lampros credits WineStyles for saving the restaurant.

The Value of Shopping Small Business

Since then, the national and local economies have recovered. As a result, new development has increased, bringing more retail and commercial spaces to the area. While this is good in some ways, it is not always positive for the small business owner. One example of nearby development is Stonebridge at Potomac Town Center, which has grown dramatically during this period and now boasts 15 eating establishments. Lampros admitted that the town center did impact their business. However, he remains optimistic for the future and said the business isn’t lost. They have been working extra hard to win customers back, and it’s working. He has noticed that customers are finding their way back and rediscovering WineStyles and Giorgio’s.

Not surprisingly, he and his family are big advocates for small businesses. He admits his frustration when people flock to the chain restaurants for “average” food. As a restaurant owner, he knows what it takes to prepare high quality, homemade foods that exceed expectations. As a small business owner, he knows that service matters, and each customer experience is more important to a small restaurant’s success than to that of the chain restaurants or stores where the sales are based on a larger volume of sales.

WineStyles Tasting Station is the parent company behind the Montclair WineStyles store. There are currently 23 locations nationwide with planned expansion nationally and locally. Lampros is now an area developer for Virginia and told us that WineStyles would like expand its presence in Virginia with four or five stores over the next few years. He added that when the company was purchased four years ago, it underwent a major rebranding process. He has been very pleased with the results, and the future looks very bright.

Additional information, including hours of operation, scheduled events and wine club memberships, can be found at winestylesmontclair.com or by contacting Arthur Lampros at alampros@winestyles.net.

Tracy Shevlin (tshevlin@princewilliamliving.com) is a native Virginian and long-time Manassas area resident. She is a graduate of George Mason University where she is also an office manager. Follow her on Twitter @nvalady1.