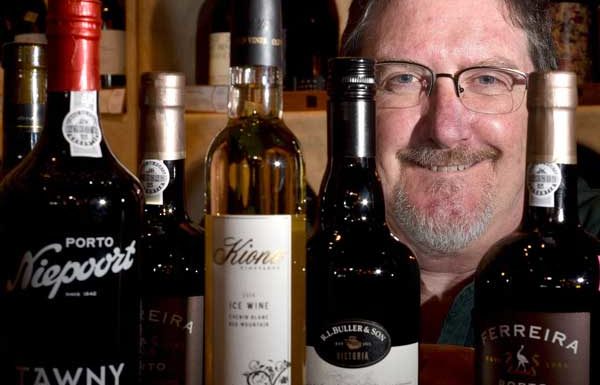 SIOUX CITY | There is nothing more relaxing than a glass of wine following a large holiday meal, according to WineStyles’ Jerry Janssen.

“A nice sweet wine can really hit the spot,” he said. “It can also take the place of a dessert.”

Also known as “digestifs,” an after-dinner glass of a fortified wine is becoming increasingly popular.

“People associate brandy or wine after dinner as something their parents would do,” Janssen said inside his 5002 Sergeant Road store. “But with the return of the cigar culture, we’re seeing a return to things from the past.”

So, what sweet wines are people imbibing? Fortified wines like port have become quite popular, he said.

Originally, port wine was produced exclusively from grapes in the Douro Valley in the northern provinces of Portugal. However, fortified wines made in the style of port have been produced in other countries, including the United States.

“Port wines can come in different varieties,” Janssen said. “They are often a sweet, red wine but there are some that are dry, semi-dry and white.”

Grapes used in the production of port are usually small and dense. That helps with port’s concentrated and long-lasting flavor as well as the potential for aging.

The concentration of flavors also increases the alcohol content of many sweet wines.
“A good port is definitely a sipping wine,” Janssen said. “It’s best when served after a meal.”

A ruby port is a good entry-level wine, he said. Made with a blend of grape varieties over a period of years, this ruby-red port is an easy-drinking wine that tastes of fruits like cherries and currants.

While tawny ports are made from red grapes, they are known for their distinctive golden brown coloring. That’s because the wine is aged in wooden barrels which exposes the product to gradual oxidation and evaporation.